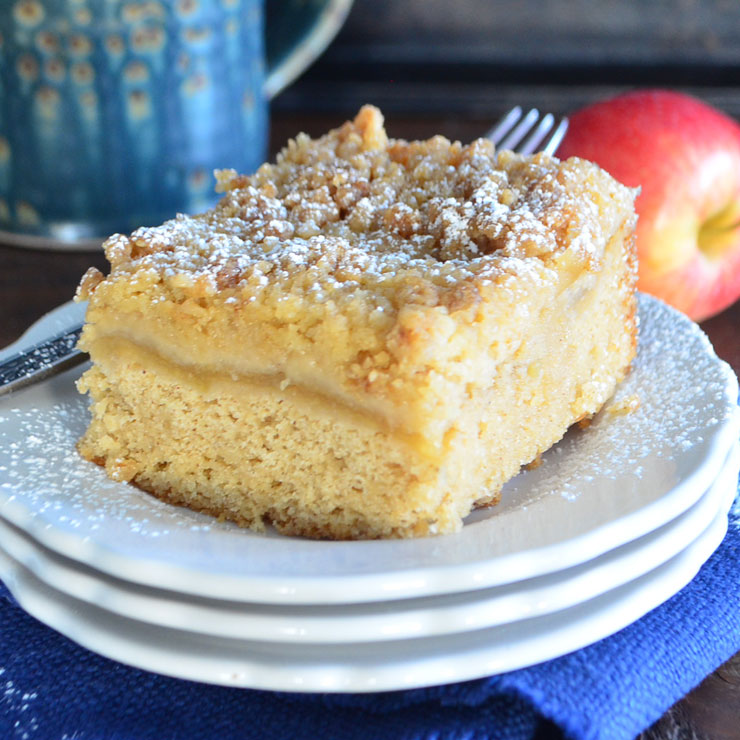 Mary Ellen Mahan has shared so many tasty, Irish family recipes with me! First there was the stick-to-your-ribs Colcannon recipe for mashed potatoes and cabbage. Then there was the savory crepe-like Boxty recipe, followed by her grandmother’s Irish Soda Bread. But this this Irish Apple Cake is a new favorite of family and friends! The dessert filled the house with the tempting scent of sweet, buttery baked apples.

Irish Apple Cake is Mary Ellen’s favorite cake recipe.  “It was the go-to fast dessert for my mom when we were children and she was working full-time. It is very simple which is similar to much of the old Irish recipes. However, it is still my favorite dessert, if we exclude Irish Soda Bread which is hands down the best. It can be made with or without the topping but it is sweeter with the crumb top.”

I’d suggest you make it as is, with the crumb topping and have vanilla bean ice cream on hand. I’m so grateful for friends who share family recipes like this one! Do you have a favorite family recipe you’d like to share?

While you are thinking about that, check out the other recipes Mary Ellen shared with us.