It’s the easiest way, really, preserving rhubarb. To preserve some fruits or vegetables there is blanching or a simple syrup involved.  I picked up a bag of rhubarb before it was in season and paid about $3.00 a pound.  Because it is in season here in Lancaster county I can get just picked, pesticide-free rhubarb from my several local farmers for $1.50 – $2.00 a  pound. Yes!

Rhubarb’s growing season is not long and I know recipes will come to mind later.  You should do this with your rhubarb too.  Freeze it. 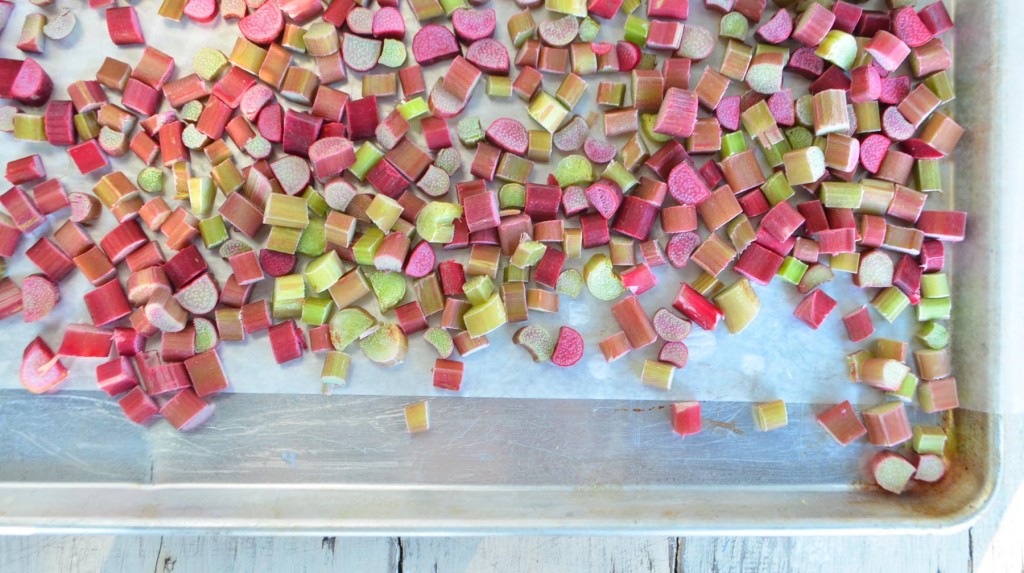 I was recipe chatting with a new cashier yesterday, on a visit to one of my favorite local amish/mennonite farm stands. She was telling me about how she freezes her rhubarb too. She said her mother passed away two years ago and the gal wanted to make her mother’s favorite rhubarb recipe but it is very time intensive. After getting the scoop in the recipe the gal said she never made the dish but the rhubarb is still in the freezer…getting freezer burn.  So don’t leave it in the freezer longer than a year. 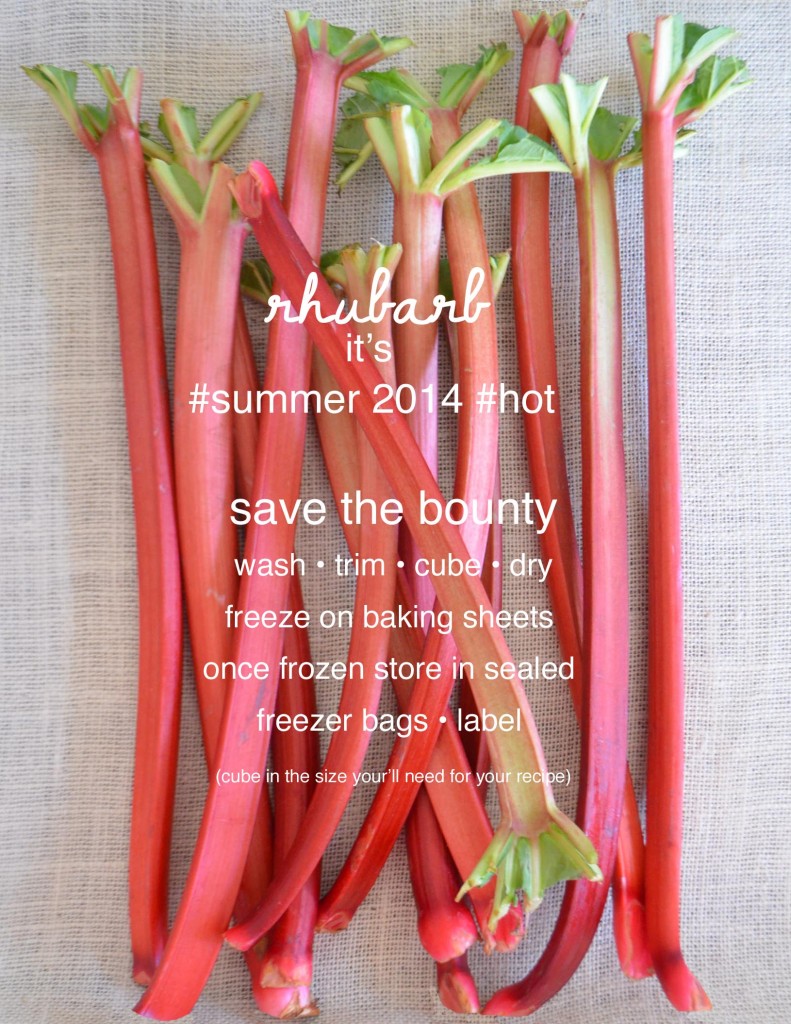