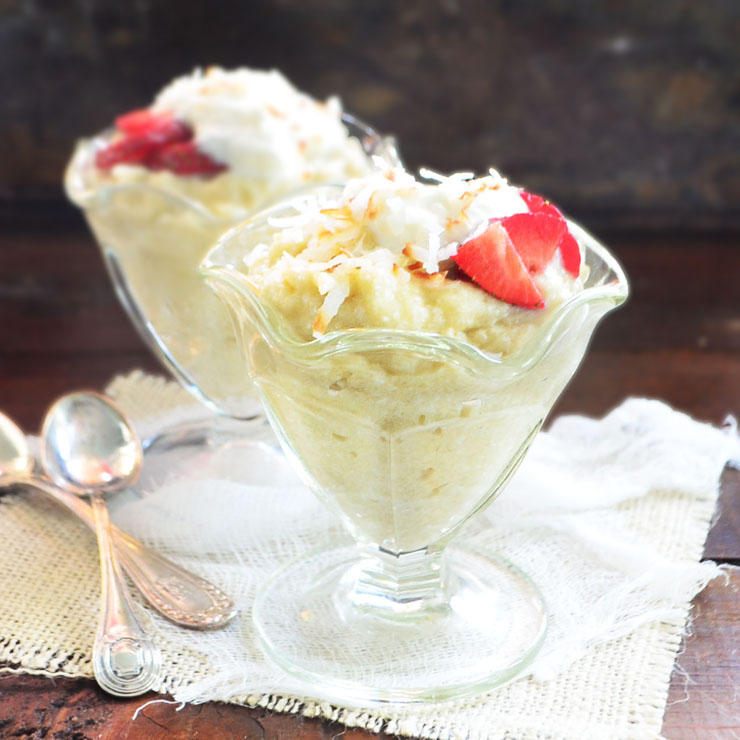 Some recipes take us back to our childhood, and Cracker Pudding might just be one of them. It’s another new-to-me, local recipe. Mention it and folks either offer a quizzical look or exclaim, “That’s one of my favorite desserts!”

Allison Wissinger Shannon, owner of Allison Clothing Co. in West Reading, is one who’ll delightfully exclaim her love of Cracker pudding. Allison’s grandmother, Marilyn Wissinger, made this dessert for her as a child; it brings back sweet memories, as Allison and I discussed in a recent episode of the 2 Weird Hungry Girls podcast.

My husband’s family introduced me to this recipe. It can be found tucked in regional church cookbooks and recipe tins going several generations back.

For all the love this dessert has earned, no one seems to know the origin. I cozied up with a few of my old cookbooks for a bit of help and found that while ingredients were consistent, measurements varied and the method of cooking changed.

In the 1891 printing of the White House Cookbook, a recipe for Cracker Pudding (in brief paragraph form) is tucked between Cuban Pudding and Baked Corn-Meal Pudding, Without Eggs.

The White House Cookbook recipe includes fresh raspberries, but the dish is baked — not cooked on the stovetop, like most recipes. It also requires the whipped egg whites be baked as a meringue instead of  blended into the stovetop pudding.

I imagine the recipe was born of “waste not” kitchen practices, and helped simple, inexpensive ingredients be easily stretched to create something special.

Cracker Pudding is similar to Bread Pudding. Was bread swapped for crackers when food became industrialized and packaged? Maybe it became a shortcut when women added jobs outside the home to their busy homemaking tasks; this dessert saved time.

Give this recipe a whirl, and play with some the substitutions or the S’mores Cracker Pudding version (coming soon!). This is an easy recipe to use locally sourced milk and eggs — and use organic sugar or consider coconut palm sugar, if you prefer. I found chocolate chip morsels are easily melted into the last stirring, too. Have fun with it!

Print
Prep time
10 mins
Cook time
15 mins
Total time
25 mins
The pudding will continue to set as it cools. To get a good set, Marilyn advises that when brought to a boil, “it should bubble thick like the bubbling streams of Arkansas!”
Add a bit of extra flavor by using the zest of one lemon and 3 tablespoons of lemon juice when you add the vanilla extract. Stir in fresh berries, or make a simple berry compote by simmering berries with a bit of sugar until the fruit has broken. Swap saltines for vanilla wafers or ginger snaps.
Recipe adapted from Marilyn Wissinger’s family recipe
: phoebe's pure food
: dessert
Serves: 5-10 servings
Ingredients
Instructions
3.5.3208