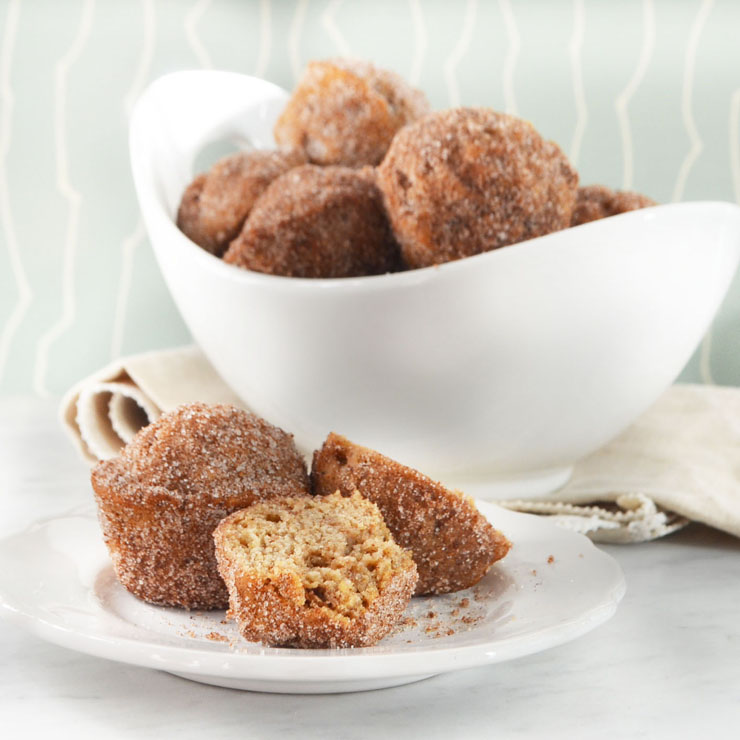 Cinnamon Cider Donuts are a tasty fall snack. It is safe to say it is officially fall, right? These little bites aren’t really donuts but instead are muffins baked in mini-muffins pan then rolled in cinnamon sugar.

Though these nibbles are like donut holes we cut some fat by skipping the frying and finding a healthier butter substitute for the batter. I like to reduce the fat in some baked goods by substituting half the butter or oil with applesauce.

There are a few other tricks up my sleeves. Not to be confused with kitchen trinkets. I do not have any sense of wonder or glee when rummaging around for that kitchen widget only used once every two or three years.

A weakness of mine is a set of ice cream scoops. Ice cream scoops in various sizes are helpful for consistent or perfectly measured pancakes, cookie batter, truffles, meatball making, dumplings, biscuits and filling muffin pans. Let me know if you have a favorite kitchen widget with a few uses.

Until then, stop by your local orchard or farm stand to pick up a gallon of local apple cider. You can also find some savory apple cider recipes on my blog. Hope you enjoy these Cinnamon Cider Donuts. 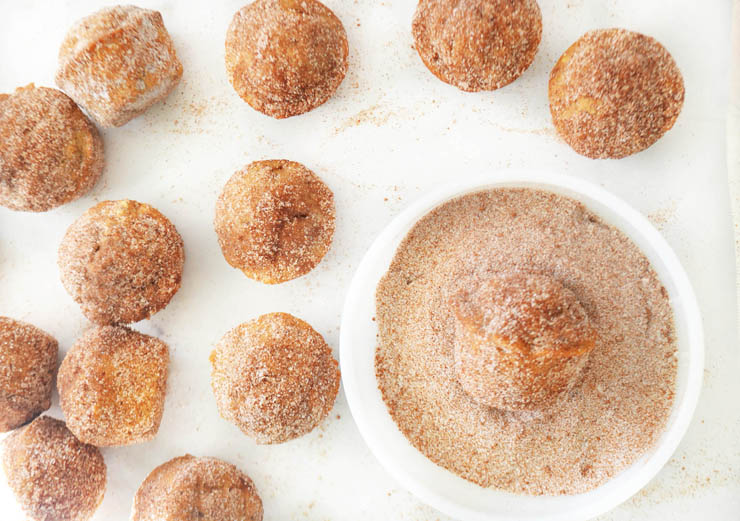 Print
Prep time
20 mins
Cook time
20 mins
Total time
40 mins
Okay, they are really mini-muffins but they are very much like donut holes. As usual, I use a half and half blend of whole wheat white and unbleached all-purpose flour for the all-purpose flour.
: phoebe's pure food
: dessert, breakfast
Serves: 24
Ingredients
Instructions
3.5.3226