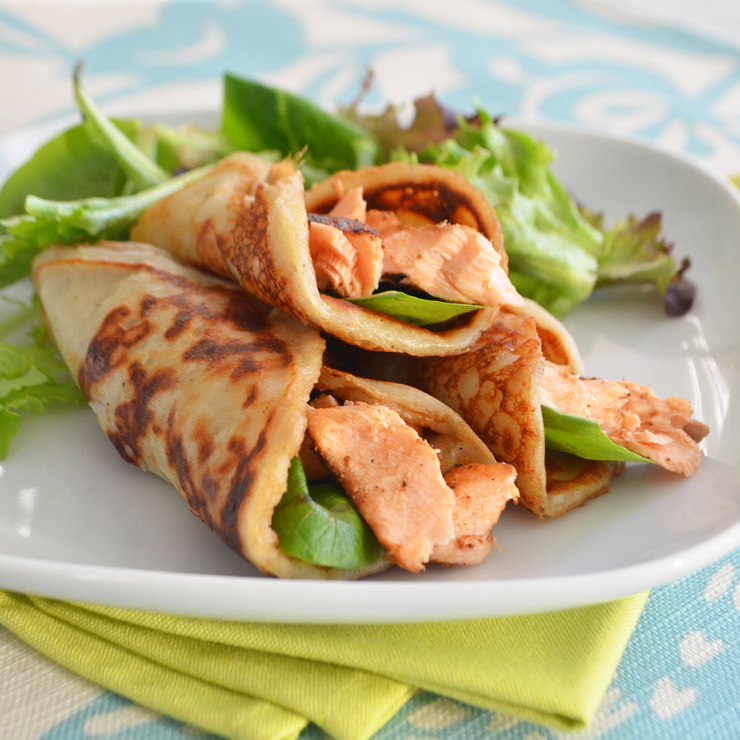 After the tasty Colcannon and Irish Soda Bread recipes Mary Ellen Mahan shared last year for St. Patricks Day, I had to ask for another. She came back to me with Boxty, a traditional Irish potato recipe. Ever heard of it?

Mary Ellen said, “The story goes, it originated during the Irish famine but I did not see any reference to this particular dish when I toured the famine museum in Ireland. It was clear the Irish lived primarily on potatoes and the plots of land they had did not provide them the opportunity to grow much else. It was disheartening to know the raised beds I use today for my vegetables were larger than some of the ‘farm’ lots that Irish families had.”

Boxty is basically a potato pancake, but think of it as a crepe-like potato pancake or a potato-based tortilla or sandwich wrap. The basic recipe uses potatoes, all-purpose flour, milk, salt and butter. The batter is pureed into a thin pancake-like batter. Baking soda and eggs can be added to the batter but Mary Ellen’s recipe is a basic one.

The recipe can be boiled down to how simple you’d like to prepare, texture, ingredients and what to stuff it with. Mary Ellen suggests, “It can be made simply or jazzed up like those served at Gallagher’s Boxty House in Dublin, Ireland.

On a visit to Gallagher’s Boxty House you would be served a version that was made not with liquified potatoes, but rather a mix of mashed and grated potatoes. It would also have mushrooms, Irish fillet medallions, Irish whiskey and onions. Instead of milk they use cream. The end product is served with a sprig of watercress.”

Mary Ellen grew up eating Boxty as her mom’s way of stretching leftovers. “We had it with corned beef, lamb, steak, chicken, etc.  When I make it these days I treat the Boxty as an Irish version of a fajita. I stir fry chicken, mushrooms and sometimes peppers. I load up the Boxty and then add a dollop of Greek yogurt (my go-to condiment) and perhaps some greens, i.e. watercress or whatever is in season in my garden.”

Now that you’ve been introduced to Boxty, I hope you give it a whirl. It may take a few pours to get used to the batter on your skillet and to find the texture you prefer, but it’s worth the try!

Print
Prep time
10 mins
Cook time
15 mins
Total time
25 mins
The boxty will be a thin pancake. Cook it until it is deep golden on both sides. The cooking time will vary. Experiment with a few small pancakes before you build the confidence to make a large one. Taste the small ones as you go.
: Mary Ellen Mahan for Phoebe's Pure Food
: Irish, Vegetarian, side, main
Serves: 4-12
Ingredients
Instructions
3.5.3208