If you pull into this parking lot and turn around because you are all judgey, then shame on you. Well, we kinda almost did that.    It has not been the first brewery tour we’ve done off the beaten track and in an industrial location. We were surprised about 25 folks were already inside waiting to start. 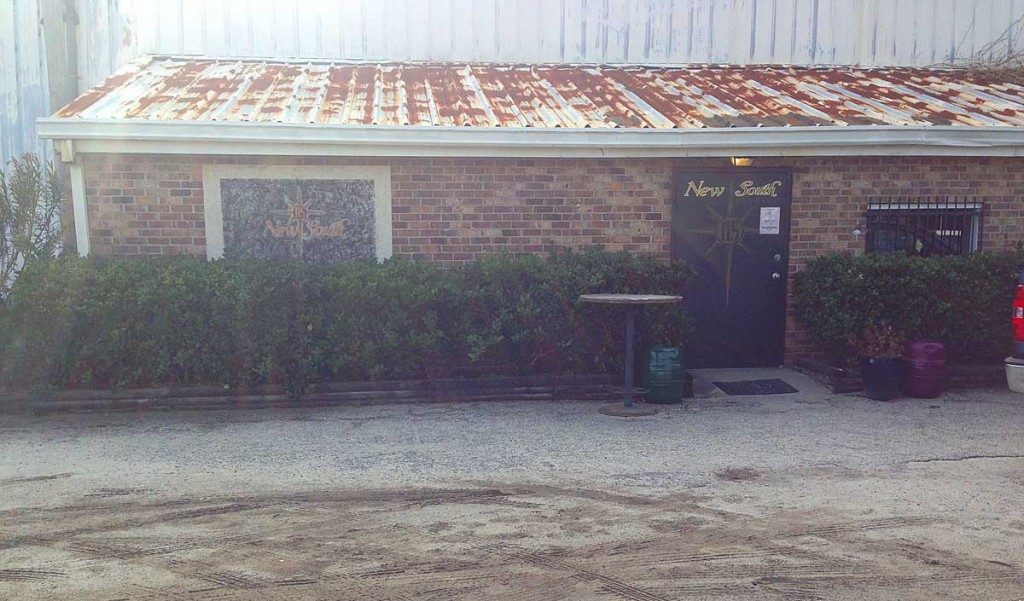 The tour began with a little bit of brewery history.   New South hit the red hot Myrtle Beach (a.k.a. Red Neck Riviera) brewery scene in 1998 and now produces about 3000 barrels a year.  Five years ago they kicked it into high gear and became automated or as ROD calls it Rod-omated.  He’s the man who operates, among other things, the very small output canning machine (in the below photo).   I don’t remember much but do recall he might just hate this machine. 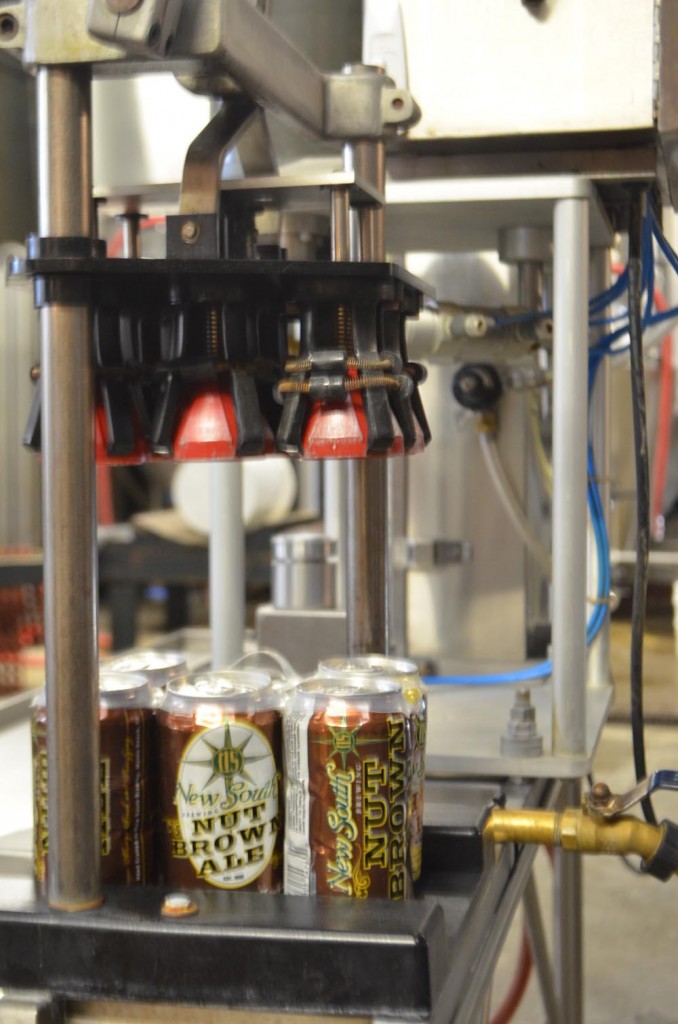 With so much information given I could only retain a limited amount.   It was easiest to summarize in this list. 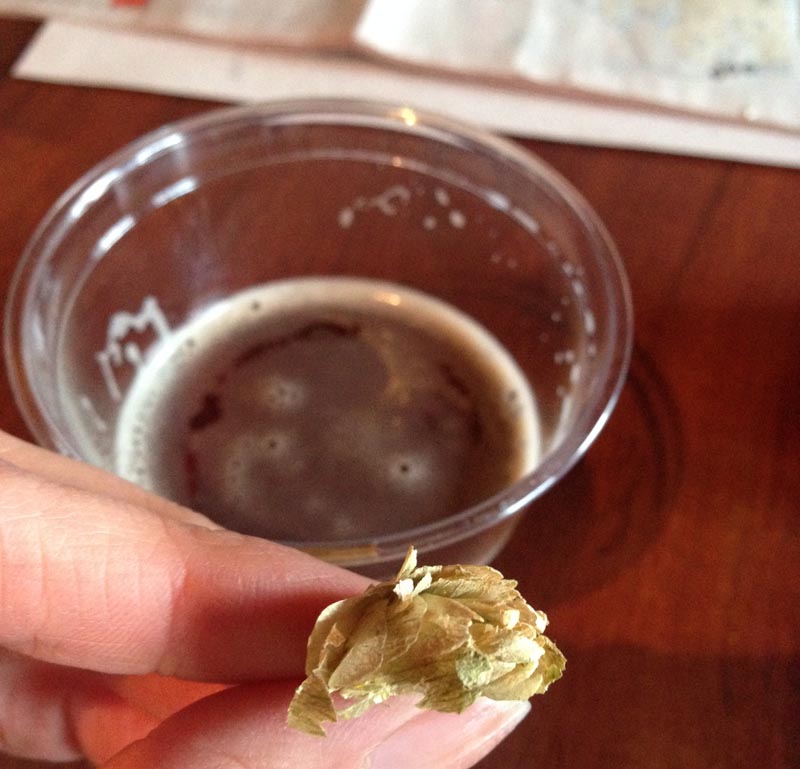 I have included these lovely photos of gizmos, the bucket that catches yeast farts, the office, Dan and the cans,  and most importantly the bourbon barrels. 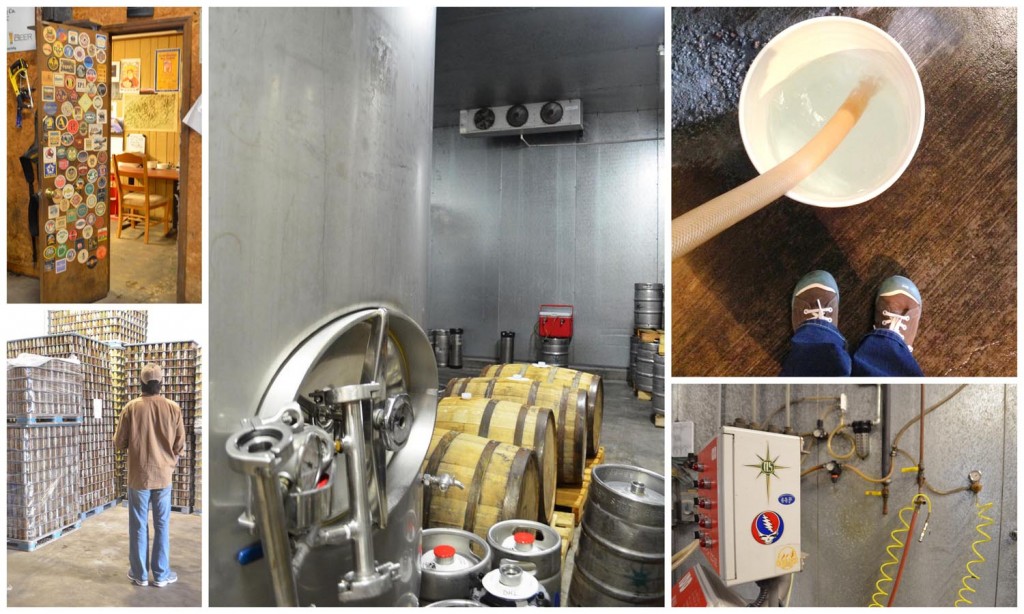 What follows is my account of the brewing processes.  It may be totally messed up. This is not a reflection on the teacher/tour guide…well, maybe it is. They did keep offering beer samples.

Insert something about temperature, mash, steam, boil, sterilize, blend flavors, hop additions, and triple hop. I’m not sure what all this means but it must have been significant since I typed it out in my itty bitty iPhone. Also this tidbit seemed like it required mention, Rod seemed to be excited by the carbonating stone. The carbonating stone makes tiny bubbles like in a fish tank. I can’t recall why this is significant? I know they do not use sugar to carbonate the beer.

Roasting the grains changes the flavor profile. Soaking grains in water activates sugars which might become wort?  The next step might be boiling?  Hops might then be added followed by yeast. MAYBE. This is all Phoebe conjecture but I think that’s how it goes but it definitely plays a part in the flavor…I think.

What gives particular beers their flavor? New South’s Belgium beer, my favorite til I get my hands on the bourbon aged Belgium, has orange peel added at the end of the brewing process.

I do remember that hops can be added in a few stages of the brewing process based on the type used and flavor you want to pull from the hops.

How can you enjoy your craft brew? So glad you asked this. Per Rod, here are some tips. Brown Ales make a great marinade.  You can also reduce it to use in a dressing.

To get the most flavor from your beer pour cold beer into a room temperature glass. “You’ll get more beer smell,” said Rod.

This is Dave.  The brains behind it all!  Thank you, Dave.  Thank you for finding bourbon barrels to process your beer, for starting the venture and sharing it all by allowing us to tromp through your brewery. 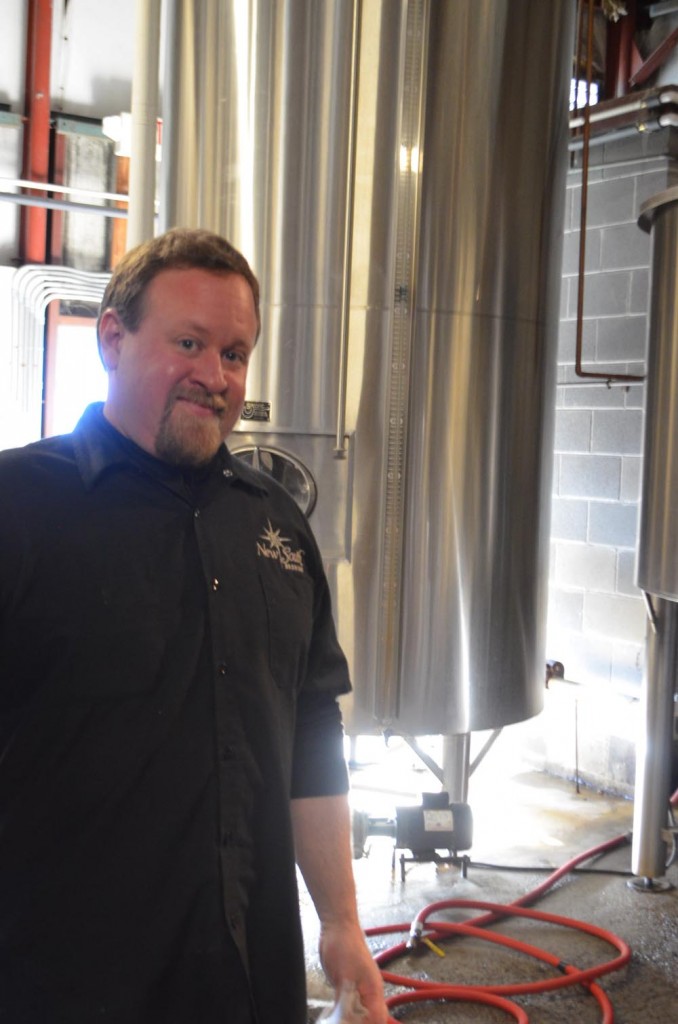